The Truth about Social Media and Grades 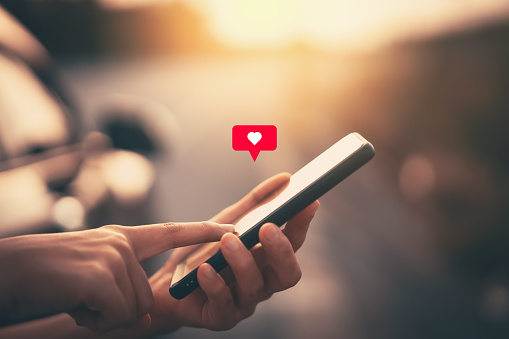 There's a direct correlation between social media and grades. That's a given fact.  Social media has become a staple in our society, with nearly 2.46 billion users sharing thoughts and ideas on social networks every day , rapidly evolving the way we interact. According to Statista, these numbers are only predicted to grow as our generation ages. That being said, students' interaction with social media is only expected to increase as well.
According to the Pew Research Center, 95% of teens are active on social media . Facebook is still leading at nearly 70%, trailed by Instagram (32%) and Snapchat (22%). Other networks like Twitter (11%), Tumblr (5%) and Pinterest (4%) are less popular among all age groups.
This statistic caught my attention even more when I realized that according to a 2016 study conducted by Florida State University, only 1/4 of college faculty members incorporate social media into their curriculum . That means there's a whopping 75% of professors who don't use any form of social media in the classroom. While this number is less than ideal, it still doesn't give us the excuse to slack off.
The statistics are simple—social media is here, whether you like it or not. But how does this affect our grades?
It's argued that social media has a negative effect on student's GPA. According to the National Survey of Student Engagement , 31% of college students stated they spend 5 hours or more per day on social media with an average of 3 hours and 30 minutes. With the amount of time students spend on social media, it's no wonder why grades are suffering.
However, there is a group of people who argue that social media has absolutely no effect on student's grades . Their justification comes from previous studies stating that the same students who spend their time on social media, are also the same who spent hours upon hours studying for tests and getting homework done. This group of people claims that social media has become an advanced version of modern day boredom, where students go to find distractions when they're tired or uninterested in what they're doing.
On the other hand, some argue that social media has a positive effect on grades . In a study conducted by the Educational Communications and Technology Foundation, more than 350 students were surveyed to identify any academic trends in relation with social media. The results found that 45% of students reported getting help from social media when it came to studying for tests and doing their homework . The same study also showed that these students reported a positive correlation with their grades and social media usage.
So what's the real deal?
Social media can be used in so many ways, whether it be to promote yourself or to stay updated on news, entertainment and politics. However, all of these activities can ultimately harm your grades when you're not careful. It's human nature to want to be on social media, but it's up to you control yourself and know when enough is enough.
Some good questions to ask yourself before staying logged in would be:
- Am I going on social media because I'm bored? Or am I actually promoting my business or myself?
- Is this activity going to help me later in life? Or am I wasting valuable time that could be used productively?
Remain mindful and prioritize your goals. If you're spending hours on social media, it's okay as long as you're keeping up with your grades and daily activities. It won't be easy at first, but you'll get used to it.
Social media is most definitely here to stay and will only continue to grow in the future. It's important that we learn how to properly harness its power so that it doesn't become a detriment in our lives.
Home, About
Post Order