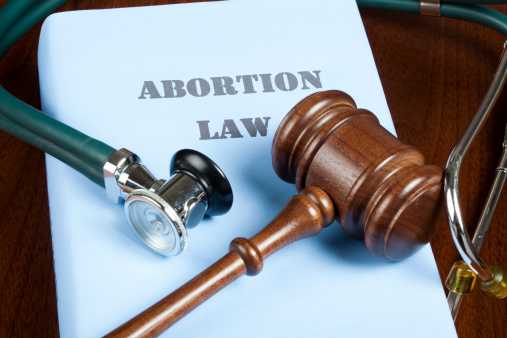 Abortion is the ending of a pregnancy by means of the removal or expulsion of an embryo or fetus from the uterus, resulting in or caused by its death. An abortion can occur spontaneously, in which case it is also called a miscarriage, or it can be purposely induced. The term abortion most commonly refers to the induced abortion of a human pregnancy.
When done safely and with the woman's consent, abortions are one of the safest procedures in medicine. However, unsafe abortions result in approximately 68,000 maternal deaths and 5 million disabilities per year worldwide. The World Health Organization recommends safe and legal abortions be provided.
The arguments for and against abortion

Abortion has been a controversial topic throughout history. It has been banned in many countries since ancient times. In more recent years, however, it has become legal in many countries. The debate over whether or not to legalize abortion is complex and difficult.
There are a number of arguments for and against abortion.
Arguments for abortion:
1) Abortion gives a woman the right to choose what happens to her body.
2) Abortion prevents the birth of babies who would be unwanted or unable to be cared for properly.
3) Abortion can be a life-saving measure if the pregnancy is the result of rape or incest, or if the woman's life is in danger.
Arguments against abortion:
1) Abortion is murder and it is wrong to kill an innocent human being.
2) Abortion results in the death of a baby who could have had a happy and healthy life.
3) Abortion puts the woman's health at risk.
4) Abortion is often used as a method of birth control, which is morally wrong.
The debate over abortion is complex and difficult, and there are a number of valid arguments on both sides. ultimately, the decision of whether or not to have an abortion is a personal one that each woman must make for herself.
Importance of legalizing abortion

Abortion is an important medical procedure that should be available to all women. It allows women to control their own bodies and make decisions about their reproductive health. When done under the right conditions, abortion is a safe way to end a pregnancy, and it should not be criminalized.
Abortion should be legalized because it is a woman's right to choose what happens to her body. It is her body, and she should be able to make decisions about her health without interference from the government.
Abortion should also be legalized because it can be a life-saving measure. In cases of rape or incest, or when the woman's life is in danger, abortion can be the only option. Criminalizing abortion puts women's lives at risk by forcing them to seek out unsafe, illegal abortions.
Abortion should be available to all women, not just those who can afford it. It is a medical procedure that should be covered by insurance, and there should be no financial barriers to accessing it. Abortion clinics should be widely available, and women should not have to travel long distances or cross state lines to get one.
Abortion is a controversial issue, but it is important to remember that it is a woman's right to choose what happens to her body. Legalizing abortion will make it safer and more accessible, which will ultimately benefit all women.
Restrictions against abortion

While abortion should be legal, there are some restrictions that should be put in place.
1) Abortion should only be performed during the first trimester of pregnancy. After that point, the risks to the woman's health increase significantly.
2) Abortions should only be performed by licensed medical professionals.
3) Women should be required to receive counseling before having an abortion, and they should be informed of all of the risks involved.
4) There should be a waiting period between when the woman decides to have an abortion and when it is actually performed. This will give her time to consider all of her options and make sure that she is certain about her decision.
5) Women under the age of 18 should not be allowed to have an abortion without the consent of a parent or guardian.
6) There should be limits on how many abortions a woman can have in her lifetime.
7) Abortions should not be used as a method of birth control.
8) Women should be required to undergo a physical exam and receive counseling before having an abortion.
These restrictions are crucial because they protect the woman's health and ensure that she is making an informed decision.
Trust Ace-myhomework.com for all your homework and assignments  help

Abortion is a controversial issue, but it is important to remember that it is a woman's right to choose what happens to her body. Legalizing abortion will make it safer and more accessible, which will ultimately benefit all women. However, there should be some restrictions in place to protect the woman's health and ensure that she is making an informed decision. Trust Ace-myhomework for all your homework and assignments help needs today! We'll get you an expert writer in no time, just say the word.
Home, About
Post Order